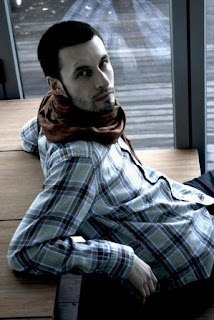 First up from Jak, South London band The Thirst bring a bit of Prince, a bit of rock, a bit of roll and a lot of soul to the music scene. Their funkalicious new single is out on 25 July and features remixes from El-B and G FrSH.

Next up, one of my favourite MC's, G FrSH who is about to release this super fresh slice of emo-rap, Alone.

We caught up with Jak for a quick chat.

What was the concept behind the Thirst video?
The concept was based around a girl who has no inhibitions and embraces her body through female empowerment.

What's the toughest thing about being a video director?
Getting the imagery out of your head and into film

What's the toughest decision you've made in your career?
Leaving MTV Base to make a break in the world as a freelance director

How did you get your start? You've been very successful at going down the independent route. What's the secret?
The obvious really a lot of hard work and hope I suppose. To be honest, don't really feel successful yet.

What are your ambitions as a director?
To make visual art, it's all i have ever wanted to do. I enjoy taking people out of reality, even if it's for a split second.

What's next for you?
I just signed to a production company called Gas and Electric, so hopefully label videos and possibly a film next year, fingers crossed.

JAK FrSH
Posted by hattie collins at 4:47 AM