Bluey Robinson: I Need A Dollar 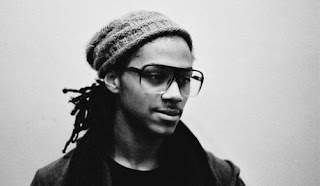 The brilliant Bluey takes on Aloe Blacc's recent smash, 'I Need A Dollar'.

Euro, pounds and pence all get a nice remixing as the former 'Eastenders' actor (he played Billie in one episode!) gets his thespian on.

Rather than imitating the likes of Chris Brown or Trey Songz, Bluey, who recently toured with Justin Beiber, is aiming for the greats.“This might sound cliché, but I’m trying to follow Michael Jackson, Freddie Mercury, Prince and Stevie,” he says. “That’s who I want to be in years to come; I want to be someone who’s remembered for changing the game and who leaves an imprint on music, worldwide.”

Posted by hattie collins at 3:30 AM