Remix Of The Day: Skrillex 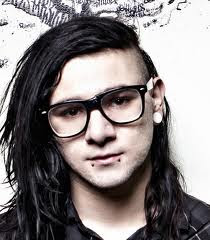 One of the most exciting producers and remixers out right now, Skrillex might be relatively unknown to the masses but this 23 year-old electro/ house/ dubstep creator from LA, sells shows out round the world, with massive queues every time he takes to the decks.

The video for 'Scary Monsters And Nice Sprites' has had over 17million views and counting. What a strange noise he makes, eh! Strange but pretty ace.

Here's his refix of Benny Benassi's latest hit, 'Cinema'. To hear more from Skrillex, check his Soundcloud. The EP, also called 'Scary Monsters And Nice Sprites' is out now on iTunes and Beatport.

Posted by hattie collins at 9:06 AM