One To Watch: Rival 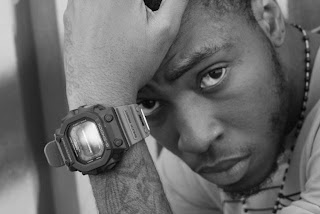 Born and raised in East London, Rival has gone from spinning tunes on the decks as a DJ to one of the grime scene's most talented MC's. Before Rival became an MC, he was a DJ mixing at youth clubs and local pirate radio stations. A year out of music and along came the year of 2008. Feeling reinvigorated he re-entered the scene as an MC. What started as a test to see if he could be a MC would now see Rival possessing the work rate, wordplay and delivery to keep him going for many years to come.

2010 saw Rival show everyone his talents in not only music but consistency. He kicked off that year in February by dropping the 'Laugh Now Hate Later EP', his follow up was his most anticipated mix tape 'Return Of The Rivz' in the fall of October this saw him make his mark in the grime scene not going unnoticed he was nominated for Best Newcomer at the Official Mixtape Awards and also at the Grime Awards for Best MC, Best Breakthrough MC and Best Artist Release. With this Rival continued working and left the year with a bang and released his 'Murder EP' on Christmas day.

His most recent work has saw him make a bigger mark by performing on the Wiley - Elusive Tour for 3 dates around England, drop his single 'Lock Off the Rave' and follow up 'Lock Off The Rave 8 Bar Remix' which features 17 of the grime scenes most rated MC's, which holds the record for the most MC's on a all star track. He also has teamed up with producer Nytz to drop a dub step EP 'Rival Vs Nytz' and has dropped another EP 'Biscuits' which shows him showcase both rap and grime music.

Keeping up with his work rate Rival is consistently in the studio working on new music and not to mention his behind the scenes work which sees him directing his and others music videos.

Sitting pretty comfy with 1 Mixtape, 4 EPs, collaborations and freestyles bringing Rival to a total of over 100 tracks out right now not to mention radio coverage appearing on BBC 1Xtra, BBC Asian Network and Kiss 100 its not hard to see why he is one to keep your eyes on.

Check Rival on this Rude Kid remix of 'Lock Off The Rave' alongside Discarda, Blacks, Kozzie and Big Narstie.

For more on Rival, click here.
Posted by hattie collins at 8:35 AM