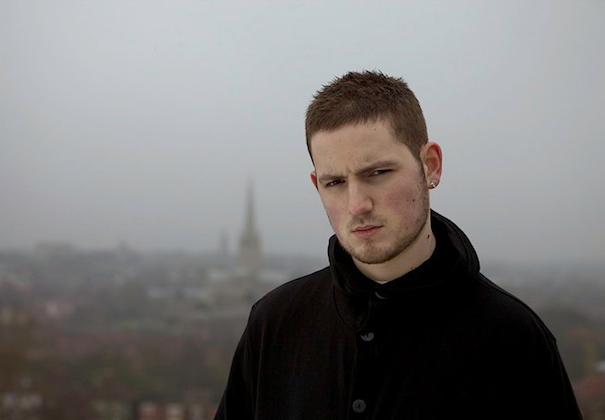 Fresh from winning the MTV Brand New wildcard; voted in by his industry peers and fans alike, Norwich native Context talks to us about toughness and becoming an underwater action man in new video 'Drowning'.

Tell us about new single 'Drowning' from the production and lyrics to the concept of the video?

Well, I got sent the beat from Great Skies really late at night and the hook melody just kind of fell out of my mouth. I wrote and recorded the whole track in a few hours. It felt really organic! Lyrically it's just about seeing a lush girl, but I wanted to add a twist on it so in each verse I wonder what's causing it...the music I'm listening to (The Weeknd, The XX) a text etc.

Conceptually, the video just bought the track to life. I took an underwater idea to Louis Ellison at EMI and he took it, and just elevated it to a whole new level with the puddle idea. He's an amazing director!

What is the toughest part of your job?

Probably the fact that I don't get paid! Ha. It's hard for me to say that music is my "job" I guess as I'm still unsigned. I guess my main "job" is being a student as I'm still at uni. Both have the same integral problem though, self motivation. It's easy to get despondent but you've got to keep pushing!

What is the toughest part of your body?

Of my body?! Probably my six pack and rock hard abs (this is a complete lie! Ha)

What is the toughest decision you're ever made?

Leaving my hometown, my family and my mates who I've grown up with in Norwich to come to London was really tough at the time. I knew I wanted to be here more than anything because I take this very seriously,  but leaving people you've been just down the road from for over ten years was tough.

Check the video out for Drowning below which you can preorder on iTunes now. Follow @Context_

Posted by hattie collins at 6:23 AM