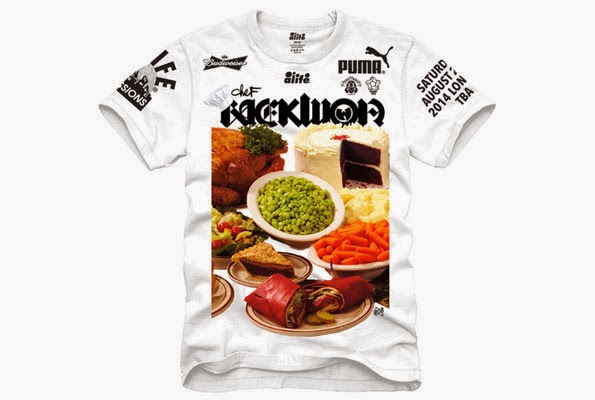 The Chef cooks up a clothing based collab...

Drake, King Krule and Nas have played the ALIFE Sessions in the courtyard of ALIFE's New York store.
Last week, the brand bought the show to London, inviting Raekwon to perform on a bill that included  Oneman and Chris P Cuts. To commemorate the performance, ALIFE teamed with Foot Patrol and Gimme 5 to produce this limited edition tee as an ode to the almighty Rae's London session.
The T will be available from Foot Patrol London and ALIFE New York.

Posted by hattie collins at 2:37 AM