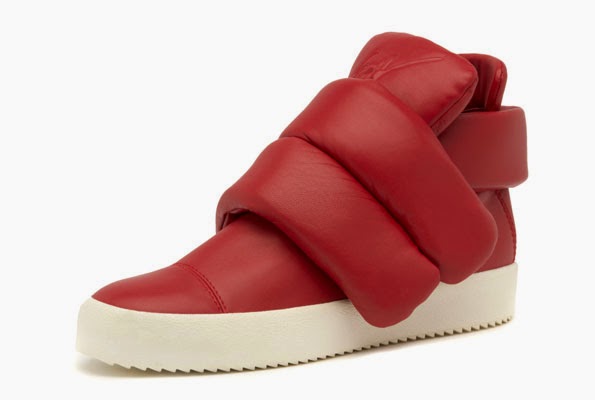 
They're certainly not your average trainer; Giuseppe Zanotti has created a sneaker inspired by Kid Cudi's avant-garde, futuristic, time travelling style. After seeing him live in concert, the designer approached the rapper and the two began collaborating on a sneaker to suit the Kid's vybe.
Made from premium red nappa leather, which contrasts with the white midsole rather nicely, these inflatable trainers look like something out of a sci-fi film. No wonder really, seeing as Cudi does love a bit of intergalactic chat.
Due for S/S 2015, keep an eye for these to drop on Zanotti
Posted by hattie collins at 3:51 AM