Sheen, Snoop and Westwood up for Celebrity Big Brother? 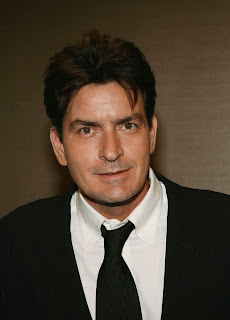 As much as we all like to suggest that we're way too busy to possibly watch or even care about Reality TV, if Channel 5, the new home to Big Brother manage to pull in the celebs they're after this year, Celebrity Big Brother is set to be some unmissable viewing.
Charlie Sheen was winning earlier this year, if you could call it that, but things went downhill for the actor shortly after. So the £6 million the star is being offered to be in the show doesn't seem like such a bad career move. It's not just Sheen though that has gained interest around the show, the one and only D, O double, G, Snoop is being lined up for the show as well as DJ Tim Westwood, and Sarah Ferguson. How AMAZINGLY weird would that house be?
Not that we're excited or anything about Reality TV but we just thought we'd let you guys know... we might catch it on the odd occasion, if we're not out somewhere being incredibly cool that is...!
Posted by hattie collins at 12:06 AM