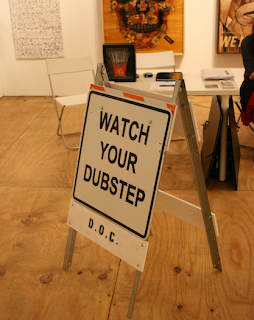 “I want that one”. No, I’m not quoting Little Britain’s Andy Pipkin. I’m quoting P. Diddy. Well, no. I’m not quoting him either, I’m just imagining that’s what he said. Or maybe he said “Puffy wants that one”, as these stars are often enamoured with using the third person singular when talking about themselves.

In any case, the “one” in question was a piece of art by Tracey Emin, the British artist who caused many an eye-roll when she was nominated for the Turner Prize for her installation My Bed. Diddy opted for a more conservative neon piece which reads: “I Listen to the Ocean and All I Hear is You”. And thus opened December’s Art Basel Miami Beach (ABMB) and all who sailed in her.

This was the tenth anniversary of the international art fair, which sees galleries from around the world exhibiting their wares for all to savour. Attracting collectors, dealers (of the art kind), celebrities, and art lovers, the fair showcased a number of great British artists, including Anish Kapoor, Bridget Riley, Yinka Shonibare, Anthony Gormley, Sarah Lucas, Ryan Gander, Julian Opie, Gilbert and George, Damian Hirst, Gary Hume, and on and on the list goes.

To tie in with the behemoth that was ABMB, satellite art fairs scattered themselves across Miami, hoping to woo collectors who think spending $3.75m on a bronze spider by Louise Bourgeois is just a tad excessive with some fractionally more affordable work.

The Scope Art Fair had lots of treats in store for visitors, including Ron English’s original painting for Chris Brown’s F.A.M.E. album cover, a large display of work by Belgian street artist Roa, and a helpful road sign by LA-based artist Desire Obtain Cherish reminded visitors to “watch your dubstep”.

Out on the not-so-mean streets of Wynwood, graffiti artists were busy at work painting walls as the fair rolled on. Two highlights were Retna’s wall and the collaboration between Remi Rough and LX One at Graffuturism.

But there was much, much more to see. It’s hard to condense five days of non-stop art viewing into a synopsis. Weep for me, dear reader, I didn’t even make it to the beach. And all for the love of you. And art. Obviously. Or else that would be a bit weird.