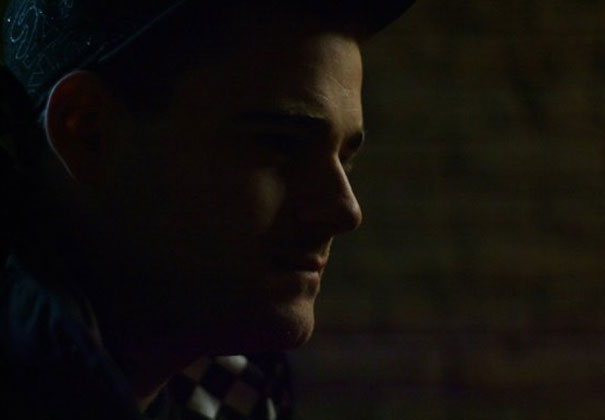 31 year-old West Londoner Luke Hyams is hardly a newcomer. As well as writing and directing the game-changing Dubplate Drama (starring then unknowns Tulisa, Dappy, Adam Deacon and Noel Clarke and the very first series to use viewer interaction via text), he was the man behind the camera for Bars For Change, as well as head writer for Katemodern, the world's first interactive show. We talk to Luke about his ever-expanding career as well as who we should watch out for in the world of screen in 2012.


What are you working on at the moment?


I’m adapting JG Ballard’s Vermilion Sands for the BBC and am also getting ready to shoot my first feature this year, both of which should be hitting screens by years end.

I'd describe my work as... Grime and gimmicks.

The best show I've made to date is.... Over the twelve episodes of Dubplate Drama: Series 2, I really feel like we got to take our characters on a journey that really resonated with our audience. Episodes 5 and 6 of that series really stand out as good examples of what we tried to create with that show.

My favourite director in the world is... Danny Boyle. Shallow Grave, Trainspotting and The Beach have heavily influenced my work to date.


My favourite writer in the world is... Steven Moffat. His Press Gang episodes are over twenty years old and are still exemplary examples of what you can do within the constraints of a thirty minute TV format.

The toughest thing about my job is... Remaining enthusiastic when so many ideas you are so passionate about don't make it from the page to the screen for one reason or another.


The toughest decision I've made so far is... Deciding to walk away from a big-budget feature project with an amazing cast because I couldn’t come to an agreement on the script with the producer.

Some people I'm tipping for 2012 are....
Davie Fairbanks and Marc Small are a very brilliant new writing team with an expert handle on the subtleties of dramatic and comedic writing . They have a number of projects in the works including two films they co-wrote with Noel Clarke, The Knot and Storage 24, both of which will be in cinemas this year.


The Brownlee Bros, Arran and Corran, are two undeniably talented Canadian film makers responsible for the very captivating and unique short film The Suicide Bros. I am very excited about the Brownlee’s next projects, a new series of internet literary adaptations entitled Short Tales and an as yet untitled feature film about a witch starring Keira Knightley.


Anna Jordan is an award-winning writer who captures the spirit of our generation and translates it into drama with startling ease. She’s responsible for plays including Short Stuff and Vote Of No Confidence and is about to make the transition into writing for the screen with an as-yet-untitled TV series about addiction and a feature film adaptation of her play Bender.

Posted by hattie collins at 8:38 AM