Time With... Plan B [Interview] 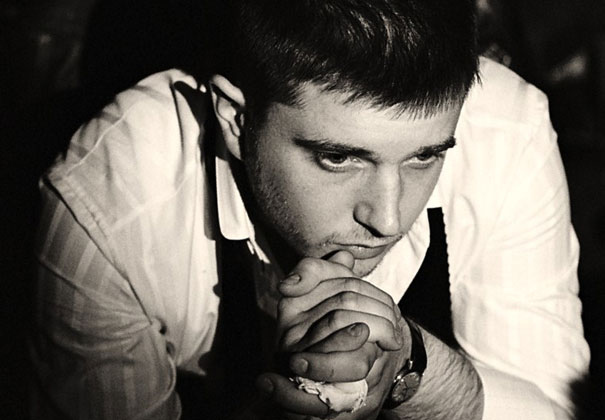 We caught up with the brilliant Ben Drew recently to talk about his forthcoming directorial debut, iLL Manors. We've seen a rough cut and were absolutely blown away; it's provocative, shocking, funny and really clever. Incredibly impressive not only for a first-time (ish) director, but a director full stop. Is there nothing this man can't do!

Here's a small part of our conversation, in which Mr. Plan B describes how the film came to be.


Talk us through the concept for iLL Manors? There's overlapping, inter-weaving stories, a narrated rap soundtrack...
I only get budget to make videos for singles, which was quite creatively frustrating. So I decided that i'd  do it myself then. The concept was an accident. Initially, a few years ago, I’d written a normal film, just a regular type film. Well, concept wise, it wasn’t regular at all – it was about a necrophile cop! But I’d written a film that was just gonna be shot as a film. I realised,  that just like with music – telling people how good I am is all very well, but nobody believes you till you do it. So I made a short film, but in preparation for making that short film, I worked with director Mike Figgis (Leaving Las Vegas). We shot a short in Shoreditch, one night, no money on a DV night vision camera. We had Adam Deacon in it, and some pals of mine in it. When I originally wrote it it was about twenty pages long, and I thought ‘We can’t shoot this – it’s like twenty minutes long. How the hell are we gonna do this in five pages?’  So, I was sitting there racking my brains and I realised BANG! Write a song! Write a rap song and you can have little bits of dialogue within it. And so I did. I got Killa Kela down and we recorded a really lo-fi beat-box and put my rapping over the top of it and we went and shot the short film and it was wicked!

How was it received?
It was shown at a film festival and they played it late night on Channel 4 and so I brought it to this film company. They loved it and said 'Oh, have you got an idea for a movie?' I told them this story I had in my head for an hour. They said 'This is great! Have you got a treatment?' I didn’t even know what that was. So they gave me the Full Monty treatment and said 'Right, that’s a treatment – go write one for your film.' I went away, came back with a 25 page, half treatment/half script and they said 'This is basically a script, you should write the script'. I wrote the script, come back, and they asked who I wanted to direct it. They said 'How about that guy, Mike Figgis?' and I said 'No actually, I want to direct it'. And they went quiet and said 'Okay, go and show us that you can do it.' So I met this guy who ended up being my producer and we made Michelle.

Which became the initial idea for iLL Manors?
The reason we made Michelle is that nobody watches short films. I needed a reason for people to watch my short film, so I put the element of my music into it which meant my fan-base, which at the time was 40,000 strong, would watch my film. I loved the film so much that I didn’t wanna just put it on Youtube. I wanted to turn it into a feature. And so I spent the next three to four years trying to do that. At the same time as giving the label their next record - Strickland Banks. So I made iLL Manors because of the first film I wrote. Because I wanted to make that and no-one would trust me with their money. I had to show I was a capable director so people would trust me to do a full-length.

Do you think you’ve shown that you can direct?
Yeah definitely. But then, it’s not enough for me! I've spent so many years working on this film that I actually want this film to be brilliant. I want it to be amazing. I don’t want it to just be like ‘Yeah I can direct’. The kids, the actors, that helped me make it, they’ve given me everything. And they’re stars, they’re gonna go places, and I just wanna do the best job by them. It’s not even about me anymore. I wanna like, smash it with this film. I want people to love it.

iLL Manors, directed by Plan B, with an accompanying soundtrack, is released 4 May.

Posted by hattie collins at 6:03 AM