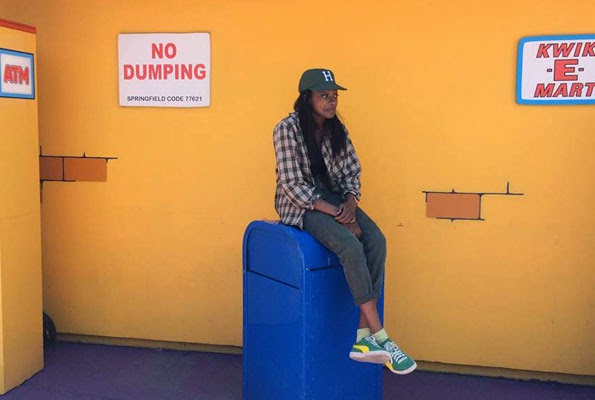 Rhymer drops an album on Bandcamp...

'E.D.G.E' is that very album, and is available from here.

Featuring production from Ballistiq, High Frequency and Jakwob, here's what Simz has to say about the project.

"This project marks the beginning of a brand new phase for me. 'E.D.G.E' is that first showing of the transition, growth and progression in my art as this is my first original project soundscape-wise, everything was built from scratch and a majority of the tracks were recorded and mixed by me in my bedroom. I began recording 'E.D.G.E' at the end of the 'Blank Canvas' project, with "Enter The Void" being the first song that I made and that shaped the tone of part of the EP's sonic and thematic journey.

I've purposely kept the 'Big Name' features off this project and have only worked with my SPACE AGE crew and close associates, the only features I have on the project are from Chuck20, Josh Arcé and Tilla from SPACE AGE & Jimi Nxir from New York. Production wise I worked with OTG, Jakwob, Jimi Nxir, Balistiq, High Frequency, Sango & Iman Omari."

Posted by hattie collins at 6:07 AM